The products on this list are current as of September 2020 and will be updated periodically as more information becomes available.  This is a list of registered products. Texas A&M AgriLife Extension Service does not have efficacy data for many of the products listed and thus we cannot offer guidance on their effectiveness.  This list is not an endorsement and it is the sole responsibility of the user to follow all label directions and verify processor requirements for application on hemp and acceptable residues. Note:  This list does not apply to hemp grown for cannabidiol (cbd) production.

Click/tap to skip to specified part of this document:

The information given herein is for educational purposes only. Reference to commercial products or trade names is made with the understanding that no discrimination is intended and no endorsement by the Texas A&M AgriLife Extension Service is implied. Pseudococcidae, commonly known as mealybugs, are a family of scale insects that suck on plant sap, inject plant toxins, produce honeydew, and are consequently associated with growth of sooty mold. Most economically important mealybugs can lay several clusters of eggs within a white waxy enclosure, referred to as an ovisac (Downie & Gullan 2004), whereas other female scales can only produce one ovisac. Over 2,000 species of mealybugs have been described (Ben-Dev et al., 2003), of which ~20% are polyphagous, feeding on plants from several families (Miller et al., 2002). Most mealybug species have males and females and produce sexually, although there are some that are parthenogenetic  (Downie & Gullan 2004); a form of asexual reproduction in which mating with males is not needed to produce offspring. Females resemble immature stages, whereas males metamorphose into winged forms.

Some common species of economic importance in Texas include the madeira mealybug, citrus mealybug, and pink hibiscus mealybug. Females of the most common mealybug species lay eggs within ovisacs; a white filamentous protective covering. Eggs can take between 3 to 16 days (or longer) to hatch (Chong et al. 2015; Myers 1932), depending on temperature and species. Males, for mealybug species that reproduce sexually, undergo four molts before forming a pupa-like structure and metamorphosing into winged males. Depending on the species, males can already produce the cottony cocoon by the second molt (Myers 1932). Females undergo three molts prior to maturing and laying eggs. Females can lay 300 – 400 eggs, on average, in their lifetime (Myers 1932; Amarasekare et al. 2008). Full life cycle from egg to adult is typically between 23 – 75 days, depending on temperature and species (Amarasekare et al. 2008; Chong et al. 2015; Myers 1932). Female mealybugs can feed throughout all life stages, whereas males often lose mouthparts and cease feeding by second and third instar. Mealybug populations can increase rapidly and be very challenging to manage due to the high reproductive capacity of females, dispersal ability, and ability to feed on several different plant species. Highly infested materials should be bagged and removed, where possible. In the landscape, several naturally occurring predators and parasitic wasps help suppress mealybug populations, including several species of lady beetles, predatory flies, parasitic wasps, and lacewing larvae (Chong et al. 2015); as such, care should be taken to reduce applications of pesticides that can have a greater impact on natural enemies (predators and parasitoids) than the mealybugs. Due to the diversity of mealybug species and scenarios in which they can be encountered (greenhouse, nursery pad, interiorscapes, field agriculture, etc.), insecticidal treatments should be sought for specific-use applications. Consult the relevant publications, management guides, or your local extension county agent for management options.

Downie, D. A., Gullan, P. J. (2004). Phylogenetic analysis of mealybugs (Hemiptera: Coccoidea: Pseudococcidae) based on DNA sequences from three nuclear genes, and a review of the higher classification. Systematic Entomology, 29: 238 – 259. 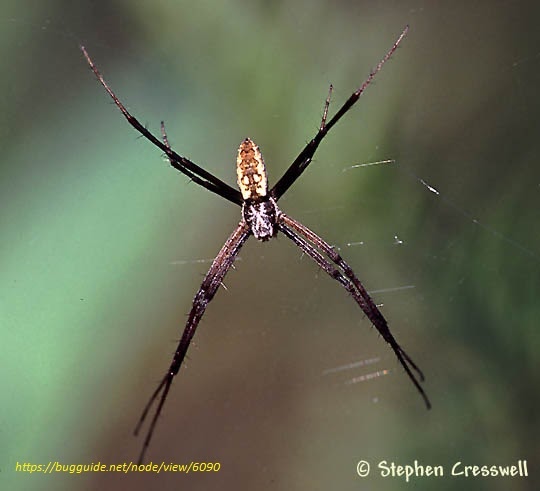 Cotton fleahopper is a native insect found throughout most of the southern US and northern Mexico, although it has been collected as far north as Minnesota and New Jersey.

The cotton fleahopper overwinters in the egg stage in wild host plants such as woolly croton and silverleaf nightshade. The eggs hatch in the spring and the young nymphs feed on sap of tender vegetation. Nymphs molt five times and in 14 to 15 days, mature to adults. Six to eight generations are completed per year.

In the spring and early summer, fleahopper populations increase on horsemint, cutleaf evening primrose, showy sundrops, woolly tidestromia, spotted beebalm (horsemint), lemon beebalm (horsemint), silverleaf nightshade and many other wild hosts. As these hosts mature, the cotton fleahopper adults fly in search of host plants with flower buds, including cotton, on which to deposit eggs.

The eggs are about 1/30 of an inch long and inserted under the bark of small stems and are thus very difficult to see without dissecting the stem. At 80°F, eggs hatch in about 11 days.

Adult fleahoppers are pests of cotton where they feed on leaf and fruit buds.  Both adults and nymphs suck sap from the tender portion of the plant, including small squares (flower buds). Pinhead-size and smaller squares are most susceptible to damage. Damaged squares die and turn brown, resulting in a “blasted” appearance.  The damaged squares soon drop from the plant.

Cotton is primarily susceptible to cotton fleahopper damage during the first 3 weeks of squaring. Given sufficient time, cotton can compen­sate for lost squares with little impact on yield, particularly those lost during the first week of squaring in the more southern areas of the state. However, where the cotton is planted late, or the growing season is significantly shortened by cool temperatures, the crop may be less likely to compensate with lint yield and quality.

The action threshold for cotton fleahoppers var­ies depending on the region of Texas. When considering an insecticide application, be aware that as plants increase in size and fruit load, they can tolerate larger numbers of fleahop­pers without yield reduction. When plants are blooming, fleahopper control is rarely justified.